Sarbodaya Nepal is a continuation of the FRL activities, i.e. transformation of institutional experiences, social networks & capacities, sectoral expertise, human resources, and other resources. Sarbodaya Nepal works to provide assistance to those in need, irrespective of their race, sex, religion, nationality or political conviction. Sarbodaya Nepal works in the areas of humanitarian and development works with the poor and oppressed people of Nepal. It adopts empowerment, human rights-based, integrated and collaborative approach while designing and implementing humanitarian and development programs.  Sarbodaya Nepal has emerged as an NGO in 2014 and registered at CDO office Lalitpur, affiliated with SWC.

FRL, had been implementing development interventions in the areas of economic activities, food security, sustainable livelihoods,  micro-finance and enterprises, education, community health focusing on water and sanitation and sexual and reproductive health services,    human rights protection with a focus on women’s and child rights, capacity development of local organizations and humanitarian interventions. The Foundation had started working in Nepal since 2006 and officially signed a general agreement in November 2007 with Social Welfare Council, followed by four project agreements in December 2008, in June 2009, in May 2010 and June 2013.

A brief synopsis of the projects is provided below:

• The project that has been the object of the first agreement “Intervention in support to communities, families, and individuals through education, income-generating activities and human rights promotion” implemented by the Women’s Foundation (WF), a national non-governmental organization working on women and child rights issues, has operated between January 2008 and June 2011.

• TheCooperative development activities have been implemented by 4S in Jumla and the Women’s Foundation (WF) in Kathmandu, Kavre and Dolakha in order to provide opportunities to rural women.

• Women Empowerment and Livelihood Improvement (WELI 2013 -2015) Project: The WELI project has been implemented by the two local partner NGOs 4S and BEE Group in Jumla (2013-2015). The project has covered   Dillichour and Patarasi VDC (cluster-A- implemented by 4S) and Talium, Hanku, and Lamra VDCs (Cluster-B- implemented by BEE Group). The project has covered 1195 households with (women and men members). Gender equity and women empowerment, Sexual and reproductive health (SRH), Water and Sanitation (WATSON), Agriculture and nutrition management and cooperative capacity development for strengthened microfinance to the needy communities are main activities the project is supporting under this phase. In addition to the two implementing partner NGOs FRL has developed strategic partnerships with Action Work Nepal (AWON) in order to capacitate the project staff, local stakeholders, community leaders, and community gender facilitators (CGFs) on gender equity and women empowerment issues.

Emergency response program : A 7.8 magnitude earthquake struck Nepal on 25 April, 2015 creating large scale of damage and casualties. Strong aftershocks, including a 6.7 magnitude quake on 26 April, continue to threaten the lives of thousands of people and to further damage buildings and infrastructure. According to latest earthquake intensity mapping, about 9 million people are affected in 39 districts, out of Nepal’s 75 districts.  Out of these, over 2 million people live in the 14 most critically hit districts.

Considering the disaster situation dreadful condition of victims, Sarbodaya Nepal immediately implemented an Emergency response program with relief support activities in co-operation with FRL-Italy and other international donors and supporters during June 2015 to July 2016 in Kabhare, Dolakha and Lalitpur Districts

Our Identity
Working with the communities since 2006,we realized our strengths and our niche to make real impact on the lives of poor and the marginalized people as follows:
Good Governance:
This organization has strong foundations on morale and Ethics specifically related to the Governance of the organization. We have been able to harness the culture being established by FRL/Italy with zero tolerance against corruption.The people at the board are from diverse background with long years of experience who support the organization entirely on volunteer basis.The board declares and monitors against any form of conflict of interest to avoid potential financial and other mal-practices.
Contextual Analysis: We develop our programme through an extensive consultation with different stakeholders, primarily the communities where we implement our programme. We always look for the best solution that could address the root causes of the poverty and other issues identified by the communities.Therefore our programme are context specific and delivered in partnership with multiple stakeholders.
Theory to Practice: We base our programme on local knowledge and local capacity and resources and indigenous knowledge and practices. We translate the theories to practice by implementing with the communities.We demonstrate practically and base ourselves in reality rather than rhetoric.
Cooperative model:  We have strong experiences in cooperative models where we have been successful in establishing financially and economically sustainable rural institutions as well as increasing social cohesion among-st them.
Community resilience: Community resilience has been our guiding principle based on which our programmes are designed to achieve the ultimate result.
Our Programme and Projects:
Since our establishment as FRL we have been able to implement following projects with great achievements. During this course we have implemented both humanitarian and development projects.We have been able to strengthen our experience on humanitarian response after the massive earthquake of 25th April 2015.
Our innovations :
Introduction of financial literacy in cooperative: For the first time local cooperatives implemented financial literacy classes to raise awareness among-st its members for income generation, employment creation and enterprise development.This helped the women to choose suitable enterprise by using their savings
Development of community level gender facilitators: Community level gender facilitators are the local change makers developed by the initiatives of FRL in Jumla.This has been a successful intervention to empower women and help them break free from the traditional socio- cultural mal-practices like chhaupadi (isolating women in cowshed during mensuration) child marriage etc.
Establishment of community managed seed bank: Community seed banks established by the project in Jumla,are examples of sustainability,where communities collect,store,distribute seeds in Nepal.The seed banks conserve the local varieties of the crops and distribute improved seeds to their members.This is one example of best practices of community managed projects.
Recovery of agriculture system through farmer field school: The earthquake had severe consequences for agriculture and farming.Many farms were destroyed and crops lost.Through our farmer field school projects,farmers were supported to revive their farms.
Cross Cutting
We ensure that following cross cutting issues are well addressed in our programming;
Capacity enhancement: all our interventions are designed and revolves around capacity building at different levels putting communities at the center
Social inclusion and gender:  we believe that we will not be able to make an impact of our work without addressing inclusion of the marginalized and the poorest including the women and people with disabilities
Action research:  our interventions is designed as an outcome of the researches and that is built in into all our projects that we deliver we adapt our practices based on the learning that we gained from our interventions.
Climate change adaptation:  will be main streamed in all our work sectors as its impact is likely to lead to more frequent and unpredictable extreme weather conditions making poor and marginalized people more vulnerable.
Way forward
We have worked as an INGO for the last 10 years and as a national NGO for the last 2 years.The process of transitioning has been challenging,however we have overcome them and will continue to do so. Going forward We will:
to do so.
Going forward We will:
Deepen our understanding of disaster and building our capacities on emergency response. Strengthen and establish Sarbodaya as an strong institution of  Nepal Sustain our work in the districts where we have our engagement since last 10 years and after the earthquake.
Expand its program  to the areas where there is low human development index and need like Karnali province, Sudurpachi province and Province number -2.
Focus its activities in the burning issues like poverty reduction, water, sanitation and hygiene, sexual and reproductive health, organic production system, climate change mitigation. 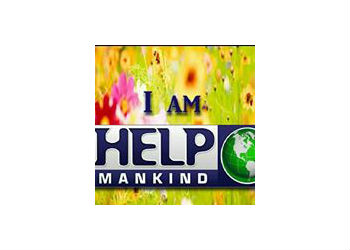 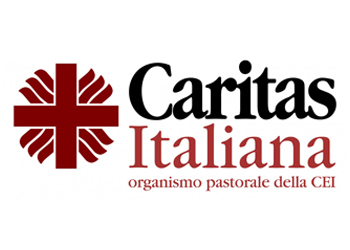 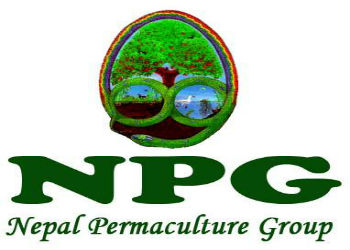